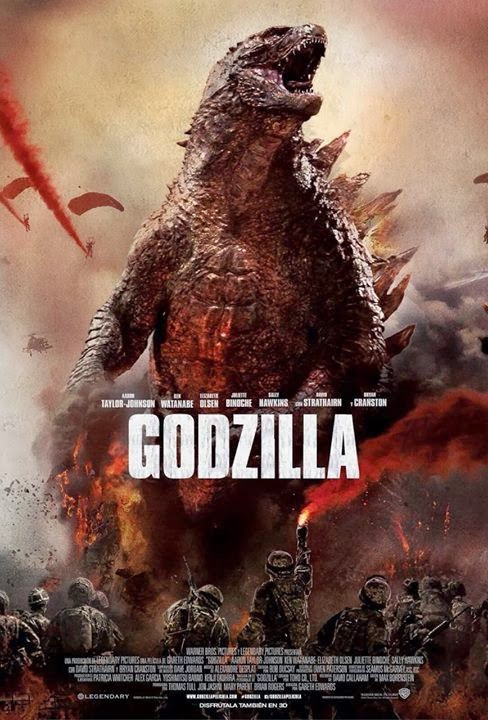 Title: Godzilla Rating: 3.5/5 Genre: Action, Sci-Fi Starring: Bryan Cranston, Aaron Taylor-Johnson Director: Gareth Edwards Let’s eschew the usual introductory exposition and drive right into the nitty gritty shall we? After all, this is a Godzilla film; an iconic and beloved character that remains the most recognisable monster of all monster movies ever created. It is the pride of Japanese cinema and recognised the world over, and that of course makes it all the more concerning when it falls into American hands. The big question of course, is—like so many of their remakes and reboots—did they manage to create a monumental fuck-up that forgets the original for big flashy explosions and bland CGI-laden action? Actually, no. Despite all my misgivings and concerns going in, it managed to exceed all expectations and do the franchise proud. Which is something I never thought I’d actually say. People may remember the original in the light of all the copycat clones and jokes made at h
Post a Comment
Read more

Title: Super Task Force One (2013) Rating: 3/5 Genre: Action/Comedy Starring: Steve Rudzinski, Seth Gontkovic, Aleen Isley Director: Steve Rudzinski Duration: 69 mins Fifteen years after the government decommissions Super Task Force Six, a team of alien/monster/robot-fighting superheroes, it’s subliminal controller, Emperor Zagel, threatens the planet with the combined power of each of the six Task Force members. That is until one of the Force’s transformation devices falls into the unsuspecting hands of a mild-mannered writer, Jason, granting him superhuman strength, a large gun, and the onerous “task” of saving the world. Together with the help of both his girlfriend and Super Task Force superfan best friend, Jason must surmount harrowing odds in order to overthrow Emperor Zagel and thwart his evil plans. Employing some of its most dominant “tokusatsu” inspirations like Super Sentai and Mighty Morphin’ Power Rangers as a storytelling template, Super Task Force One is a fun,
Post a Comment
Read more 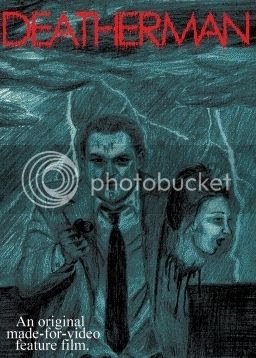 Title: Deatherman (2012) Rating: 1.5/5 Genre: Horror Starring: John Kasper, Dominique Capone, Mike Gavern Director: Bob Keller Duration: 55 mins Being a recognizable television personality, local weatherman Dalton Law faces his fair share nuisances, whether it be from dope dealers, hookers, resident barflies, or an arrogant anchorman. But one day, he is approached by an ambitious intern, Holly, with an appetite for meteorology. Doing the girl a favor, he meets up with her after work to discuss the subject; but one too many glasses of wine and his own arrogance proves to be the breaking point for Holly’s residual mental instability, leading to the weatherman’s brutal stabbing. Believing she got away with the crime, Holly takes the role of lead weatherperson. Though, as luck would have it, an acid rain reanimates the body of Dalton Law who is now on a rampage, targeting everyone who’s ever done him wrong. Now, who could’ve predicted that? Regarding this movie, I do believe I'
Post a Comment
Read more 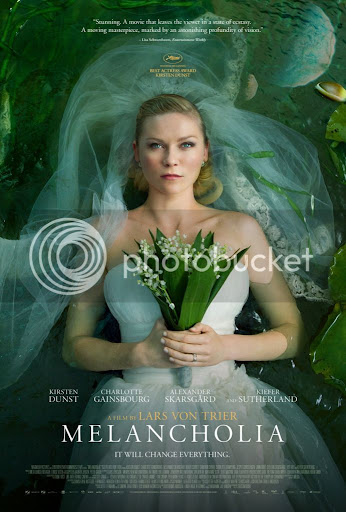 Title: Melancholia Rating: 2.5/5 Genre: Sci-Fi, Drama Starring: Kirsten Dunst, Charlotte Gainsbourg, Kiefer Sutherland Director: Lars von Trier Lars Von Trier has long struck me as one of the few remaining directors who manages to push the boundaries of modern cinema, willing to try new things and experiment, and in the process has created some of the most fascinating modern pieces that I can recall. The shocking thing is just how long it took me to watch this, and just how long I spent trying to justify what I'd seen. There's no two ways about it, Melancholia in indeed a horrifically depressing film; starring a wedding gone sour at the hands of the severely depressed and lacking in a certain degree of sanity, Justine (Dunst). Daughter to a woman who seems to enjoy insulting her and an uncaring womaniser, after failing to get any real help in dealing with her uncertainties at the recent ceremony, her apathy soon becomes apparent as she struggles to maintain her façade. So
Post a Comment
Read more 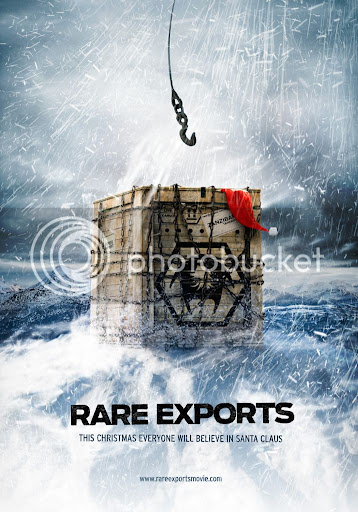 Title: Rare Exports: A Christmas Tale Rating: 3.5/5 Genre: Adventure, Horror Starring: Jorma Tommila, Peeter Jakobi, Onni Tommila Director: Jalmari Helander Language: Finnish IT'S CHRISTMAS! Well, actually no it's not. Come to think of it, if you are even remotely in the 'Christmas spirit' two and a half months before the actual date you should stop it, right now. It's not even fucking close to Christmas; it's not even been Halloween yet, so get your god damn priorities straight. That said, there is nothing at all wrong with a little bit of preparation, particularly where films are concerned else you'll be stuck watching the same shit they put on every year; "Home Alone," "The Goonies" (which I do love, but enough is enough), "Elf," "Santa Clause" and god knows what else that for some reason they feel needs to played every god damn year despite often sucking the first time. The age old combination of "Die H
Post a Comment
Read more 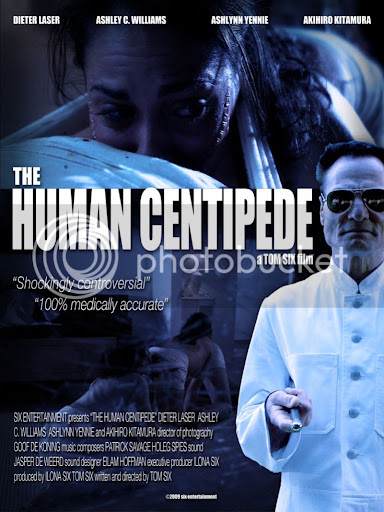 Title: The Human Centipede Rating: 3/5 Genre: Horror Starring:Dieter Laser, Ashley C. Williams, Ashlynn Yennie Director: Tom Six Once again tonight I find myself surprised by what I've uncovered; certainly not a masterpiece by any stretch of the imagination but sufficient in every department to keep me satisfied. Bloodshed? Of course, he's sewing peoples mouths to their assholes, though still not as much as your average surgery documentary. Largely he likes to leave the worst to your imagination. Nudity? Oh yes, though it probably takes a mind as twisted as my own to spend much time admiring the naked flesh, and I must admit, even I didn't exactly find it arousing. A shame they didn't fit some in pre-op but there we have it. And what of the plot? Well that really is the interesting thing, because a surprising amount of care appears to have gone into this films fabrication. That the director spent so much time doing his research into precisely how such an operati
Post a Comment
Read more
More posts