Showing posts from September, 2010
Show All

Sorority Babes in the Dance-A-Thon of Death

Like wow, man! Video horror filmmaker extraordinaire Todd Sheets brings us a totally retro no-budget romp around a totally heinous college campus. A group of sorority hopefuls have a groovin’ party when a magic crystal ball one of the girls brought sprays them in the face with smoke. They think nothing of it and continue partying when two dorks crash the scene bearing pizza. But in order to join the ever-so-popular sorority, the girls have to stay overnight in “the old abandoned college on the top of the hill.” Little do they know that one of them is infected with the spirit of a Kandarian demon. Soon, they will have to face off with the evil entity on the dance floor of a local nightclub with the help of the elderly but mystically powered antique store owner. …
Post a Comment
Read more 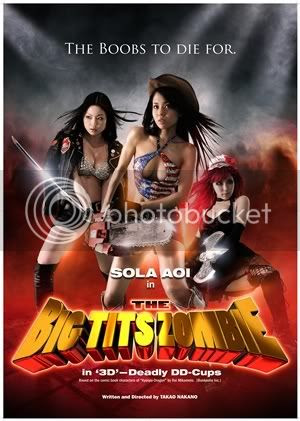 I feel I need to be a little careful in reviewing this, as unlike a lot of such low budget films this was not viewed in my small room with the worry that someone will wander into the depths of my depravity. Instead, the glorious gore was on display before an entire auditorium of like-minded lovers for the genre, complete with popcorn tossing, laughing at the dodgy zombie designs and more than a few guys who cheered wildly whenever a pair of tits came on the screen. Which naturally it did. Let's start out simply; as the title would suggest, there are in fact some tits – five to be precise, though perhaps only the three lead stars were particularly “nice” and to be fair, they …
Post a Comment
Read more 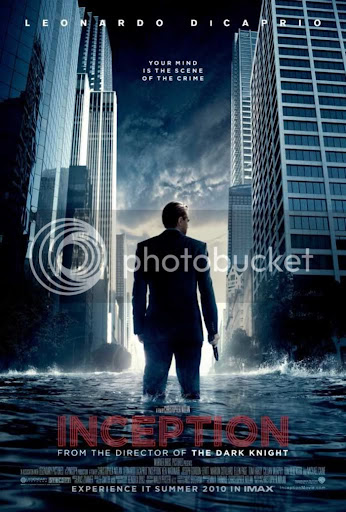 Title: Inception
Rating: 3.5/5
Genre: Action, Mystery, Sci- Fi, Thriller
Starring: Leonardo DiCaprio, Joseph Gordon-Levitt, Ellen Page, Tom Hardy, Ken Watanabe, Cillian Murphy
Director: Christopher Nolan
I love a good mindfuck, and the very notion of a big budget film delivering on just that is unquestionably somewhat exciting to me, but Inception doesn't quite deliver. Don't get me wrong, its definitely a complex and detailed plot, but for the most part that's just it; complex. Any film that questions the fabrication of reality with any sort of serious intent is bound to become a little detailed but in terms of forcing the viewer to think, it more often than not feels like a lesson in memory, recalling the rules as you briefly piece together a certain action or event and put it into context. I know what comes next, the “what about the ending” arguments flying at my direction, what about this and that and the other. Well that's why I wrote this little explanation just f…
Post a Comment
Read more 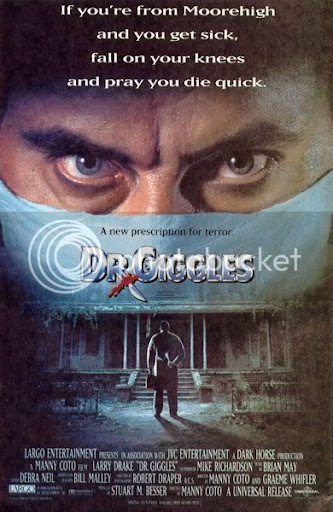 In a creepy old house on Tivoli Court, a recently escaped psycho-surgeon, Evan Rendell Jr. aka Dr. Giggles, plots his revenge on the small town of Moorehigh thirty-five years after the citizens murdered his father. That is until he encounters Jen Campbell, a high school girl who, along with stepmother and boyfriend problems, has problems with one of her heart valves. Dr. Giggles sees this as a golden opportunity to continue his father’s legacy and become the first person to perform a heart transplant, and he will let no one get in his way. All the while, veteran police officer Magruder is reliving the nightmare he experienced those thirty-five years ago, leading his new partner along with him as they hunt down the mad doctor. 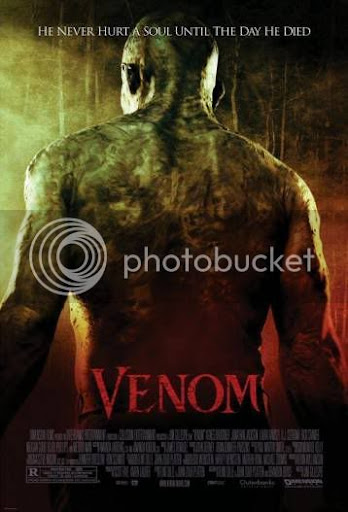 In an attempt to save a voodoo priestess after a car accident, good guy auto mechanic Ray is bitten by the contents of her mysterious chest: snakes containing the “evil of countless souls.” Possessed by this voodoo curse, he sets out to reap the souls of a group of teens who are connected with the priestess’ granddaughter. It’s up to strong-willed Eden to find away to stop Ray, by magic or by force, until her peers are picked off one by one.

Despite its interesting and imaginative premise, Venom’s proceedings make for a quite average and conventional slasher movie. Following in the steps of films such as Scream, I Know What You Did Last Summer, and Urban Legends, this is a picture that obviously aims at a hip, young audience. Some parts are almost funny in how the film tries so hard to be cool, like the addition of rapper Method Man to t…
Post a Comment
Read more
More posts